Heartworm Disease in Dogs and Cats

According to the American Heartworm Society, heartworm disease has been found in pets in all 50 states, and the range of heartworm-spreading mosquitoes grows every year. Because mosquitoes thrive in wet, humid environments, most pets with heartworm disease live in the Southeast, along the Gulf Coast and the Mississippi River. However, pets in Arizona are at risk, too.

The American Heartworm Society’s heartworm incidence map shows that most Arizona veterinary clinics diagnosed a patient with heartworm disease at least once in 2016, and some clinics diagnosed up to 50 cases that year. If you start by looking at 2004 maps, you’ll spot a distinct westward migration of cases. So, while you may not think of Arizona as mosquito territory, we do see pets with heartworm disease, and year-round protection is vital.

What are heartworms, and what do they do? Here is a primer on all things heartworm.

Heartworms are internal parasites spread by infected mosquitoes that take up residence in their host’s heart, lungs, and nearby blood vessels, and can cause serious, potentially life-threatening heart and lung disease. Adult heartworms can be up to a foot long, so you can imagine the damage from only a few worms, especially in small dogs and cats.

The life cycle of heartworms

Signs of heartworm disease in pets

Heartworms live mostly in the blood vessels around the lungs, but will move into the heart as their numbers increase. In dogs, the average heartworm can live five to seven years, and 30 or more spaghetti-sized worms are commonly seen in severely affected dogs. Obviously, such a clump of worms affects the heart’s ability to contract normally.

In the early disease stages, dogs and cats show no signs and can appear perfectly healthy, which is why annual testing is so important. In dogs, clinical signs will appear as the disease progresses and the heartworms take up more space. Heartworm disease signs are similar to heart failure, such as:

Cats do not commonly host heartworms. If they do, their worm burden tends to be only a few worms that live only two to three years at most, and seldom survive to adulthood. However,  only a few adult worms can be dangerous for cats, and can damage the heart and lungs in their immature stages.

Clinical signs in cats include:

Diagnosing heartworms in dogs and cats

Testing for heartworms in dogs is easy—a simple blood test will typically be run at your dog’s annual physical exam. Cats present a diagnostic challenge, as a negative heartworm test does not necessarily rule out heartworms, and additional tests may be needed for symptomatic cats.

The approved treatment for dogs with heartworm disease comes with its own risks. Treatment is two-fold: first, medication is used to kill adult heartworms, and second, ongoing treatment is required to kill any circulating microfilariae. During treatment, dogs must not exercise, because post-treatment thromboembolisms (i.e., blood vessel blockage) occasionally occur and may be fatal.

Unfortunately, no treatment is approved for cats with heartworm disease. 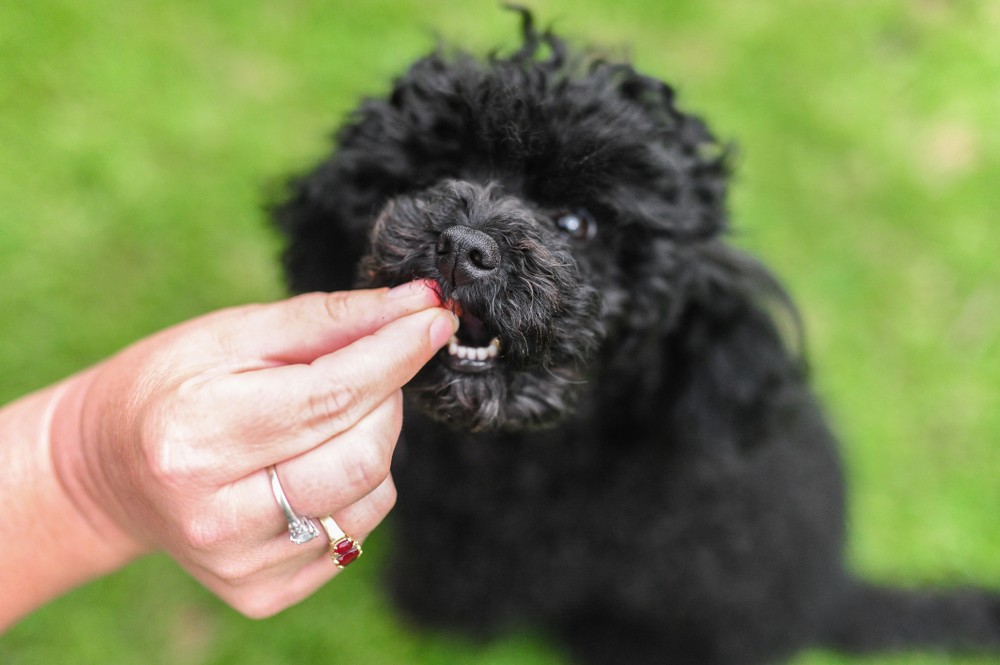 We recommend year-round heartworm prevention for both dogs and cats, including those who spend most of their lives indoors. Mosquitos don’t need an invitation to enter your home, and only one bite from an infected mosquito can transmit this serious disease to your four-legged family members. An ounce of prevention is truly worth a pound of cure here—heartworm prevention is much safer and less expensive than treatment for the disease.

If you still have questions about heartworm disease, or you’ve fallen behind on your pet’s heartworm preventive treatments or need to get your pet started, give us a call.